Operation Steel Wave is now available for Rainbow Six Siege, and it brings new Operators, gadgets, and more. Norwegian Attacker Ace packs a new throwable hard-breaching gadget, while the South African Defender Melusi deploys a device that slow Attackers and alerts her allies to their presence. These Operators are unlocked immediately for Year 5 Pass owners, and all other players can unlock them starting June 23 using Renown or R6 credits. Operation Steel Wave also delivers a rework of the House map, a new secondary gadget for Defenders, and a number of other updates that are free for all players.

Ace joins the Attackers and adds another hard-breach option to the roster: his SELMA gadgets, which stick to almost any surface he throws them on. If the surface is destructible (unreinforced or reinforced), that’s when the booms begin. As long as it has room and isn’t destroyed, each gadget will sequentially explode up to three times. Each explosion creates up a rectangular hole, and if all three explosions are triggered, it creates an opening big enough to walk right through. The SELMA can also be used to open holes in breakable floors or destroy hatches.

Melusi’s Banshee device helps the Defenders slow down attacking players and identify where they are. She can place her Banshees on vertical or horizontal surfaces, and when an Attacker walks into the device’s range and line of sight, they will be slowed and a loud humming noise will alert nearby Defenders to their position. For more details on these new gadgets and tips on how to use them, check out our Operation Steel Wave Operator and map guide.

The House map rework has been deployed for all players, so the next time House comes up in Quick Play (or if you check it out in the Discovery Playlist), you’ll notice a new two-story addition that creates a lot of new space for entry and conflict. The garage entrance has been reworked, and some second-story changes open up new routes for attacking the master bedroom. 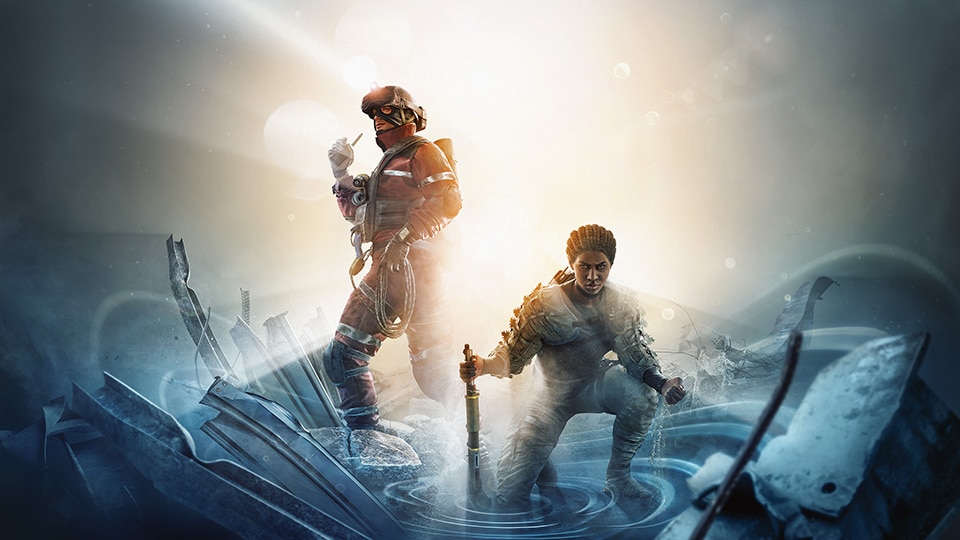 Operation Steel Wave also introduces a new secondary gadget for Defenders, a Proximity Alarm that makes a loud beeping noise whenever an Attacker enters its radius and line of sight. There are also new tweaks for Amaru aimed at making her Garra Hook entry swifter and more surprising. Other updates include a unified MMR system that places all players on the same global skill-ranking scale (previously, MMR was regional), as well as an Echo Elite Set.

Rainbow Six Siege is available now on PS4, Xbox One, PC, and is included in a UPLAY+ subscription (with all Operators unlocked, no less). For more on the development team’s plans for cross-gen play and Operator reworks, information on how to unlock Siege items by playing The Division 2, and more, check out our Rainbow Six Siege news hub.