Operation Steel Wave is the second season of Year 5 of Rainbow Six Siege, and it’s bringing two new Operators, a new map rework, a tweak for Amaru, and a new secondary gadget. Ace joins the Attackers with a new throwable hard-breaching gadget, while Melusi suits up for the Defenders with a device that slows any Attackers in its radius and line of sight.

The House map rework, the tweak for Amaru, and the new secondary gadget will be free for all players when Operation Steel Wave launches; the two Operators will be available at launch for Year 5 Pass holders, and all players can unlock them using Renown or R6 Credits one week after launch. The gameplay video below shows off both Operators’ new gadgets and loadouts, as well as the new map, secondary gadget, and gadget tweaks for Amaru.

ACE – A NEW WAY TO BREAK ON THROUGH

Ace is a new two-speed Norwegian Attacker who packs the SELMA gadget, a small cylindrical canister that can be thrown onto a breachable surface — hard or soft — where it will stick and deploy explosive arms in an “X” shape. The canister then slides down the wall and deploys another set of explosive arms while the first set explodes, creating a rectangular breach hole. If there’s space on the wall, and a Defender hasn’t interfered, the SELMA will go through the cycle a total of three times to create a positively massive hole. But even if a SELMA is stymied before it creates the full opening, it can still create a new line of sight, a new opening for gadgets and utility, or a new entry point.

One SELMA can also blow open an unreinforced hatch, but it takes two canisters to get through a reinforced one, because the SELMA doesn’t do sequential explosions when deployed on a floor. The canister will stick it to pretty much any surface, but it will only activate if the surface is destructible. Note that the X-shaped explosive arms will destroy any Defender gadget that is in their deployment area, which is another way that Ace can make an impact without taking big risks.

The SELMA canister is vulnerable to any damage, so Defenders can angle an impact grenade through the first breach to potentially destroy the canister before it makes a second breach. However, because SELMA explosions don’t do much damage to Operators, a Defender might want to wait for that second breach to pop out and shoot unsuspecting Attackers. Other counters to Ace’s SELMA breaches include electricity from Kaid or Bandit’s gadgets, mid-air interception from Wamai or Jäger’s devices, and jamming from Mute, but only as long as the Mute jammer remains in place; take it out, and the SELMA will automatically get back to business. Also, a Defender with a sightline to the gadget can simply shoot it, so you’ll want to use Ace’s AK-12 assault rifle equipped with NATO sights, his M1014 Shotgun, or his P9 sidearm to clear out any potential interference.

The new South African Defender, Melusi, sets up her defenses with the Banshee gadget. Deployable on vertical and horizontal surfaces, the Banshee emits a loud humming noise whenever an Attacker steps into its substantial radius and line of sight. In addition to alerting anyone nearby of the Attacker’s presence, the Banshee also slows down the Attacker’s movement, and the effect gets more powerful the closer they get to the device. If the three-speed Melusi is nearby with her T-5 SMG, Super 90 shotgun, or RG15 sidearm, things can get very bad very quickly for any affected Attackers.

Note that the Banshee device only slows Attacker movement, not their aim, so bold Attackers might step into the Banshee radius on purpose to lure Melusi out for a duel. Otherwise, they’ll need to take another route, or find a way to destroy the Banshee. Explosives work, so Ash, Zofia, and Kali are strong counters to Melusi’s influence. A melee hit is effective too, but you’ll want the assistance of Twitch or Thatcher to temporarily turn the Banshee off so you can get close, or a boost from Finka to help you close the distance more quickly.

A Banshee combines well with other Defender gadgets, so don’t expect it to be the only obstacle to contend with. Smoke’s toxic gas canisters and Goyo’s fiery Volcán shields both create hazards that Attackers need to escape quickly, something a Banshee won’t let them do. Rushes from speedy Attackers, pushes from shield-bearing Operators, and sneaky flanking maneuvers from the elusive Nøkk all make the Banshee hum and let Defenders know that their opponents are nearby. 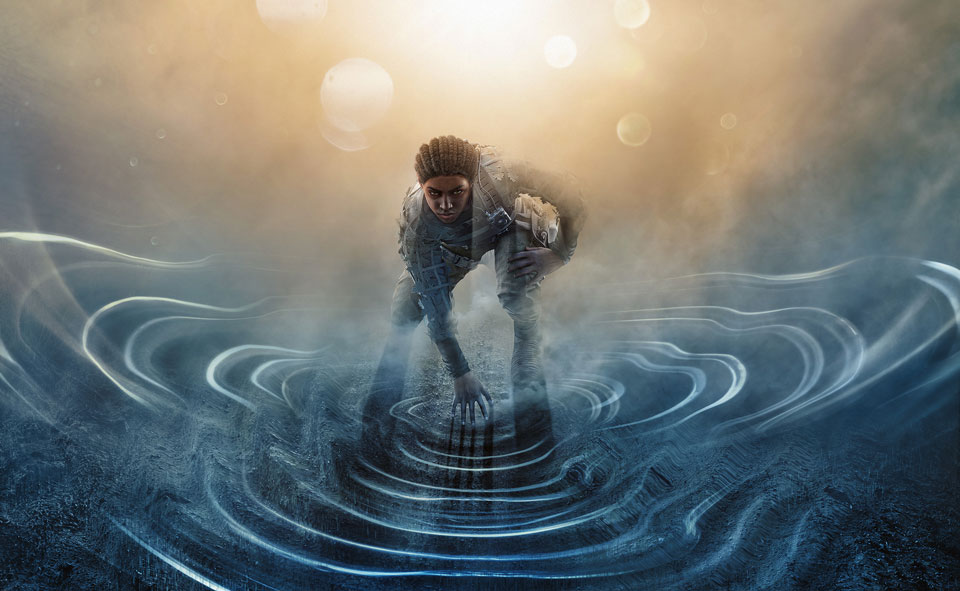 Certain Defenders now have the ability to select the proximity alarm as their secondary gadget. These small triangular discs are adorned with small blue lights and stick to most surfaces, making it easy for Defenders to hide them in inconspicuous places. When an Attacker steps into the alarm’s radius and line of sight, the alarm will beep loudly and alert nearby Defenders. Whether it’s tipping off roamers to an Attacker’s entry point, or alerting an anchor that someone’s on their flank, the proximity alarm is a new intel source that Attackers will have to watch out for and will want to shoot as quickly as they can.

House was the first Siege map shown off when the game was announced at E3 2014. The new rework keeps House firmly in the casual map rotation, but creates new spaces and obstacles to offer new strategies and challenges. The upstairs workshop is now a pink bedroom with a walk-in closet, and the roof of the front porch has been enclosed to create a new hallway between the pink bedroom and the bathroom. There is a substantial new two-story addition on the back of the house, including rooms themed around entertainment, music, and play, as well as a new staircase and exterior balcony. The main entrance and one garage door have been closed off, so Attackers will have to rely on other routes to infiltrate the structure. 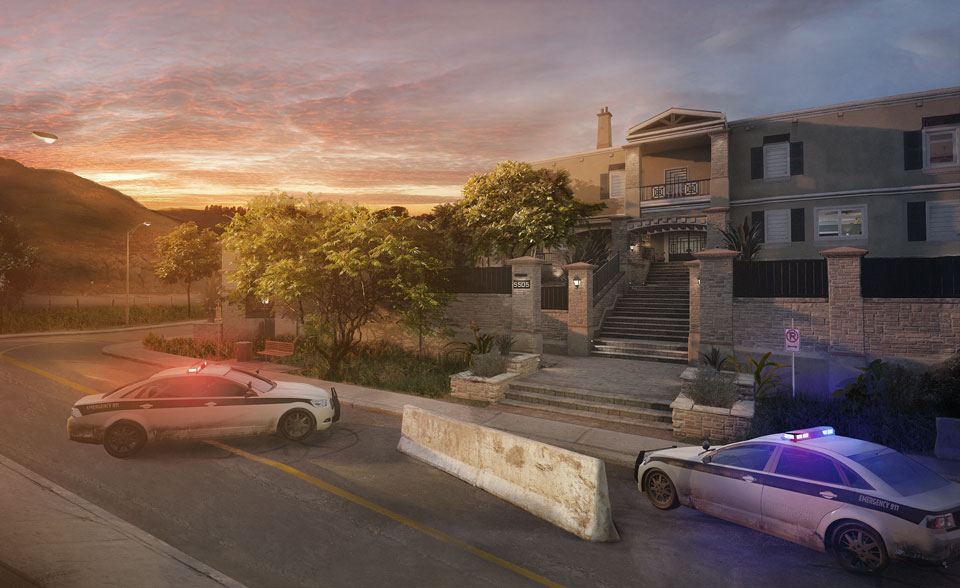 The Peruvian Attacker is getting a tweak in Operation Steel Wave that is aimed at making her Garra Hook entries smoother and swifter. She can now use the Hook to break unreinforced floor hatches, making for quicker and more surprising movement between floors. Furthermore, while her gadget will still break window glass when it grapples on to them, the barricade will only break when Amaru crashes through it, giving Defenders less warning of her imminent arrival.

The tweak to Amaru, the proximity alarm, and the House map rework will be free for all players when Operation Steel Wave launches. The new Operators, Ace and Melusi, will be exclusively available to Year 5 Pass holders for the first week, and after seven days, they’ll be available for anyone to purchase with Renown or R6 credits. To stay current on upcoming news for Operation Steel Wave, or catch up on the first season of Year 5, Operation Void Edge, bookmark our Rainbow Six Siege news hub.