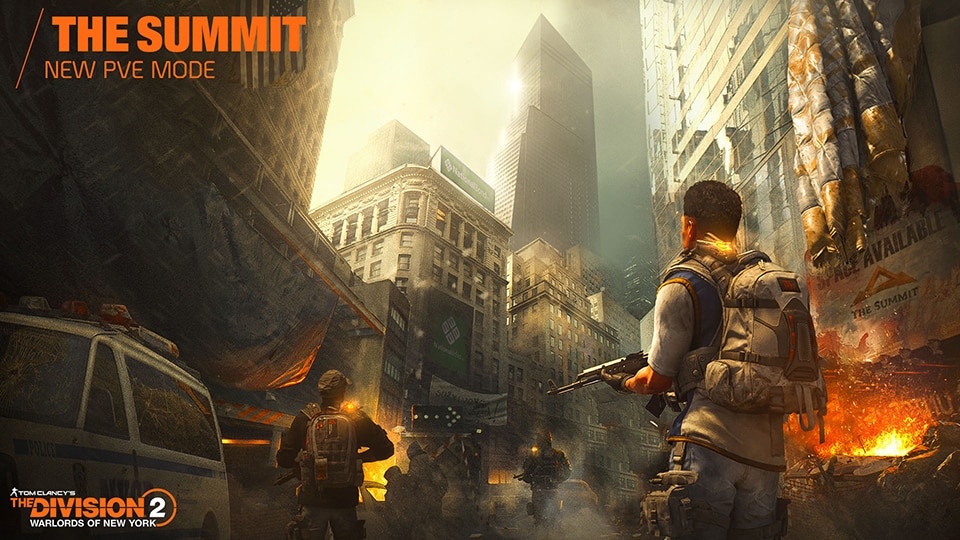 The Summit’s doors are now open in The Division 2, challenging Agents to take on 100 floors of enemies from every faction in a quest for glory, unique loot (including a new exotic), and a special confrontation at the very top. The new mode arrives alongside Title Update 11 and the launch of Season 3, which brings a new Manhunt target: Black Tusk leader Bardon Schaffer. While The Summit and Season 3 content are only available to players who own the Warlords of New York expansion, Title Update 11 also brings a host of changes for all players, including Appearance Mods, improved loot, and Agnostic Mod slots.

From September 24-28, you can get a taste of the changes in conflict-ravaged Washington, DC during the free weekend on all platforms. And if you tune into The Division 2 Twitch streams between now and October 6, you can earn free Legacy caches and a milkshake backpack trophy.

The Division 2 is currently available on Xbox One, PS4, PC, UPLAY+, and Stadia. For more on the game, check out our previous The Division 2 coverage.