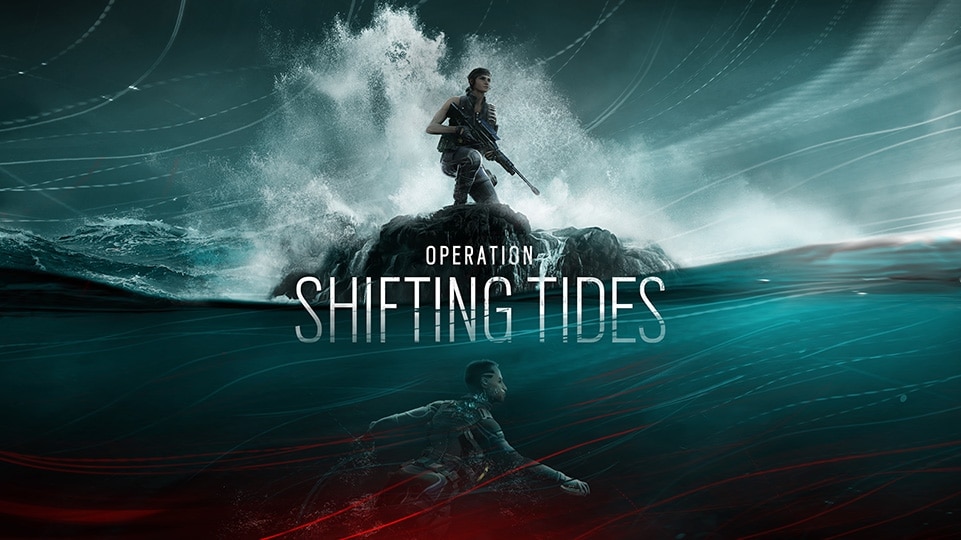 Operation Shifting Tides is bringing two new Operators and one new map rework to Rainbow Six Siege, joining Operation Burnt Horizon, Operation Phantom Sight , and Operation Ember Rise to round out Year 4. The new season will introduce an Attacker named Kali, who wields a bolt-action sniper rifle with an underbarrel surprise, and a Defender named Wamai, who deploys magnetic devices to capture grenades, flashbangs, and other projectiles. The new Operators will be unlocked immediately to Year 4 Pass holders when Operation Shifting Tides launches, and available one week later for everyone to purchase using Renown or R6 credits. The newly reworked version of the Theme Park map will be free for all players. See the map and the Operators in action in the video below, and read on for details about their gadgets and weapons.

Kali is the head of an Indian private military company, a medium-speed, medium-armor Attacker who brings a custom CSRX 300 rifle into battle. This bolt-action sniper rifle packs a big punch, and in addition to deadly headshots (naturally), it will instantly down any Operator who Kali shoots in the torso. One shot can penetrate through multiple breakable walls, multiple Defenders, or a combination of both. It can obliterate wooden barricades and unreinforced hatches in one shot, and has a variable 5x and 12x scope. The CSRX 300 is powerful, but it isn't exactly subtle. In addition to a loud, unmistakable sound, it creates a clear visual trail that shows the Defenders where the shot came from. Any Defender unlucky enough to be downed by it will automatically spin to face the direction of the shot, giving their teammates a bit more intel on Kali's position.

Strong as it is, the CSRX 300 can't penetrate reinforced walls or hatches, but this is where Kali's gadget comes in. From her underbarrel launcher, she fires LV Explosive Lances. These projectiles burrow into breakable and reinforced surfaces, then explode on both sides. Bandit batteries and Mute jammers are prime targets for Kali's Lance, allowing her to open up breaching opportunities for her teammates. If the Lance hits a surface it can't burrow through, it'll still dig in and explode, making it great for taking out Maestro Evil Eyes, barbed wire, and deployable shields. Kali's gadget gives Attackers another way to take out Defender gadgets without having to rely on frag grenades or Thatcher's EMP grenades, making her a powerful force for destroying enemy defenses and advancing her team's push to the objective.

While the Lance explosions will create holes in breakable surfaces, they won't create openings in reinforced ones for you to peek through, and they don't pop open Mira's Black Mirrors, so Kali's no substitute for a hard breacher. Her Lances are vulnerable to being destroyed by Jäger's ADS or grabbed by Wamai's gadget (more on that shortly). If you're quick, you can also destroy a Lance by damaging the tail end, not the tip that appears on the other side of wall. The Lance only does minimal damage to Operators, because when it comes to taking damage from Kali, you'll have bigger concerns: that beefy bolt-action CSRX 300 and her two sidearm options, the P226 Mk 25 or C75-Auto.

The Defender, Wamai, is a medium-armor, medium-speed Kenyan Defender employed by Kali's PMC, and she brought him along when she joined Team Rainbow. His gadget is called the Magnetic Neutralizing Electronic Targeting System, aka the Mag-NET. The disc-like Mag-NET devices will stick to surfaces when thrown and act on most Attacker projectiles (excluding bullets) that pass within their active radius and line of sight.

First, the Mag-NET stops the projectile, resets its detonation timer, and pulls it in. The projectile then detonates at the Mag-NET's location, and the Mag-NET itself explodes. One Mag-NET can grab one projectile. Flashbangs will still flash, frag grenades will still explode, but they will do so at a time and place dictated by Wamai's gadget.

Catching gadgets and moving them out of the way is helpful, but Wamai can go one step further. With some creative placement, he's not just relocating projectiles to a safe detonation spot—he's putting them in places where they'll cause problems for the Attackers. Capitão could end up roasting his teammates if he's not careful with his bolts. Sledge might want to think twice about dropping grenades down through a hole he smashed in the floor. And Goyo's Volcán Shield becomes a little more dangerous with a Mag-NET device stuck to the back.

Wamai gains the devices gradually throughout the round, similar to Lesion and his Gu Mines, but unlike the Gu Mines, Mag-NETs are easy to spot and destroy. While Jäger's ADS simply neutralizes incoming objects, Wamai takes a more creative approach by moving those objects around and sowing uncertainty among the attacking team—which he can capitalize on with his MP5K or AUG A2, and Keratos 357 or P-12 sidearms.

Theme Park is the latest map in the Siege line-up to get thoroughly reworked for balance and better competition. Perhaps the most significant change is the removal of the large train that used to bisect the second floor, making for quicker navigation and more close-quarters skirmishes. The haunted first floor section has been transformed into a throne room and armory, complete with a dragon-guarded stairway, creating a new bomb location for players to plan around. Elsewhere, a cheeky new walkway above another staircase gives Attackers a potential backdoor into a bomb site, while Defenders can use it to aggressively flank or gain a long sightline down a major hallway. New second-floor arcade cabinets provide extra cover at a crucial window entry, and big first-floor arcade entrance is now completely blocked.