At the beginning of each year, Ubisoft Toronto hosts the Ontario edition of the Ubisoft Indie Series presented by National Bank, a competition for independent game studios. The series aims to elevate local studios and help them achieve their goals through mentorship and cash prizes, as well as creative, marketing, and financial support. Grand Prize winners receive mentorship from Ubisoft experts according to the studio’s needs, financial counsel and entrepreneurial training from National Bank experts, marketing support; and a cash prize of $50,000 (CAD).

Due to COVID-19, this year’s Indie Series was conducted online, but that didn’t stop any of the independent studios from pitching their games to the panel of judges from Ubisoft Toronto and National Bank. As part of the submissions package, studios provide a business and development plan, project budget, and marketing goals for their games. Submissions for next year’s Indie Series will open up at the beginning of 2021. More details are available on the Ubisoft Toronto website for the Ontario edition of the Indie Series.

To learn more about this year’s series, we spoke with Lesley Phord-Toy, Corporate Affairs Director at Ubisoft, and Tanya Kan, Executive Producer and Director at this year’s Grand Prize winning studio. 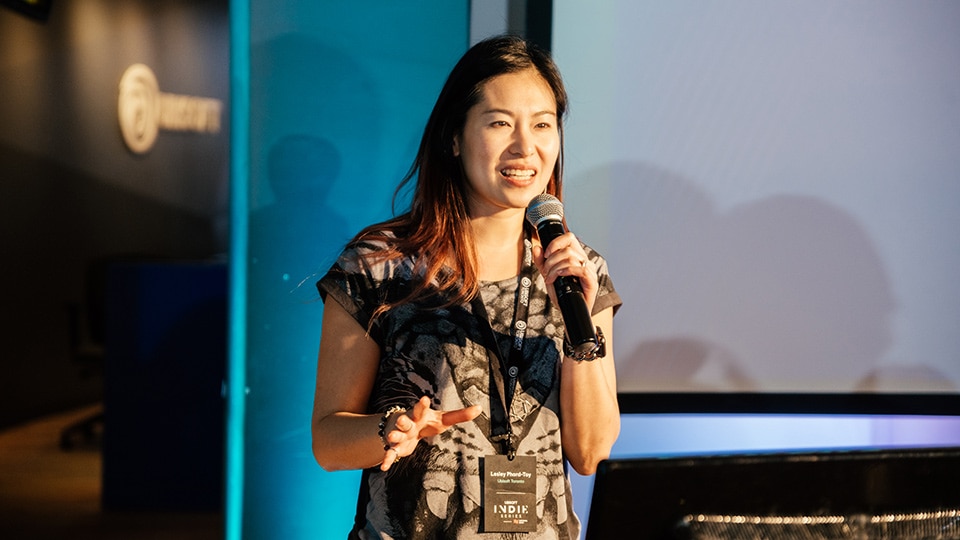 Why does Ubisoft put on the Indie Series? What does the company hope to achieve?

Lesley Phord-Toy: Since opening its first studio in Canada in 1997, Ubisoft has played an active role in developing a passionate and creative ecosystem - one where studios of all sizes work together to make the videogame industry shine on an international level. In Ontario, this puts Ubisoft in a unique position to support the region that boasts the largest number of indie studios in Canada.

Making games presents many challenges, financially, creatively, and more. This is why we want to connect with our colleagues, share knowledge and expertise, and together ensure that Ontario and Canada continue to grow as game-development leaders worldwide.

What was it like conducting this year’s series entirely online?

LPT: We picked our finalists in early 2020, before we realized that we would need to do things a little differently. As we discussed next steps, our teams were excited about moving forward with a new online format for the Indie Series!

Each finalist had a dedicated slot to pitch their projects virtually, with time reserved for Q&A with the judges. This was my second year as a judge, and it was an amazing experience to meet some incredible indie developers and learn about all the work and passion they’ve been putting into their games.

After their pitches, we reconnected with each finalist to exchange in-depth feedback, and discovered additional ways we could support some of them in their development.

What sort of studios and games does the decision committee look for?

LPT: Past winners concisely demonstrated key areas of their vision and direction. They also clearly presented how their game fits into the current market, and had a firm grasp on their target audience. Our judges tend to give bonus points for modern and fresh approaches to game mechanics, narrative, and world settings, too – they want to see something that is going to stand out from the crowd and engage players with new types of experiences.

At the studio level, passion is key. It’s great to see when developers are enthusiastic, because it also means that they typically have a long-term vision for their studio. The judges are always impressed when there is an ambitious and practical strategy that accompanies this studio vision, as well as a desire to learn, grow, and collaborate. These are usually the core components of the studios that craft and ship the best games.

Why was Vivid Foundry/Solace State the Grand Prize Winner this year?

LPT: Solace State from Vivid Foundry is well-thought-out, well-scoped, visually polished, and explores compelling and timely themes. Tanya Kan really represented her studio and team well; the team’s passion is obvious, and they were enthusiastic to benefit from the mentorship opportunities offered as part of the grand prize. We were impressed with how solid the game is at this stage of development, and it was clear to the judges how to support the studio’s next steps to position its game for success. 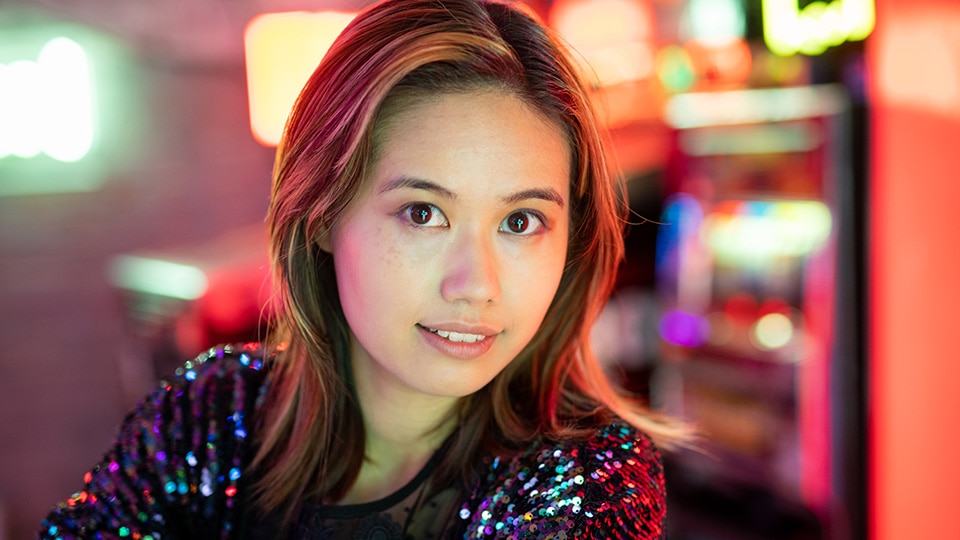 Why did you apply to be a part of the Ubisoft Indie Series?

Tanya Kan: Ubisoft Toronto has amplified great work in the community since its inception. So many of the past and present Ubisoft Indie Series Finalists are studios that we look up to! Additionally, Ubisoft has such an incredible commitment to building storied worlds that are multicultural and that present historical complexities. This is something that our studio, Vivid Foundry, also strives for.

Did the experience meet your expectations?

TK: My goal was just to give the best pitch that we could muster, because just to show our game in front of Ubisoft and National Bank’s judges is an honor. I’ve seen Ubisoft Toronto partake in the game dev community a lot, so I did expect that this would be a welcoming experience. But I am so pleased that it all exceeded my already high expectations. I appreciate the in-depth questions that the judges asked me, and the really engaged feedback that they offered! It was such a positive experience.

What does it mean for you to win?

TK: It is incredibly validating to know that the judges with so much experience across games industry positions are as excited about our game as we are. Both the judges and my team recognize that this signifies growth for not only Solace State, but for Vivid Foundry as a company. We have the runway to reach more audiences and include more content in our game because of Ubisoft’s Indie Series. We’re excited to participate in the mentorship with Ubisoft and National Bank specialists. We especially look forward to sharpening our narrative writing, so that we can tell an impactful story with characters who are elevated by their conflicting motivations and arcs. 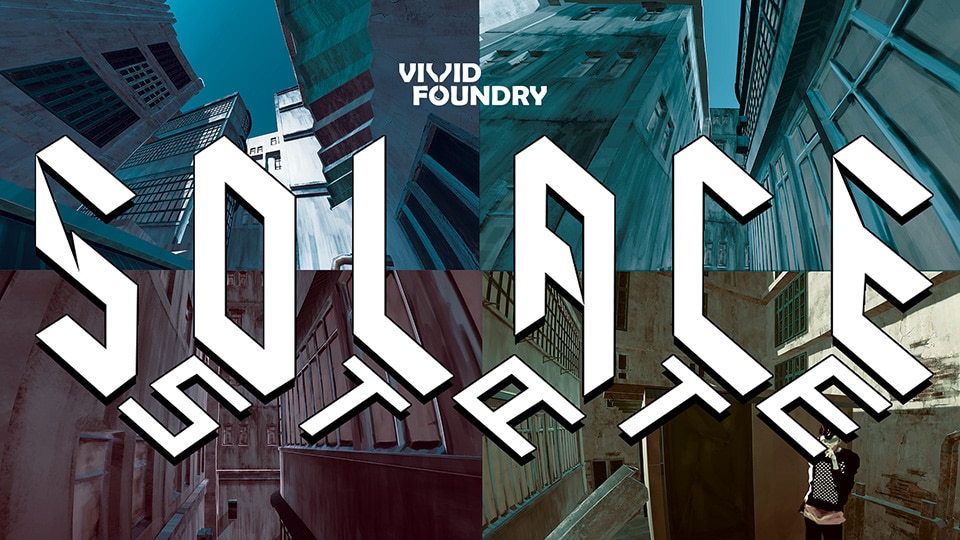 Tell us a bit about your game, Solace State.

TK: Solace State is an emotional 3D cyberpunk “social hacking” game that revolves around Chloe, a young hacker who seeks to reconnect with her friends in a militarized city. There are choices you make that build Chloe’s personal relationships (with a spark of romance!), as well as impact how different factions interact with the city’s political drama. Chloe’s journey leads her to confront how citizens experience a loss of their social freedoms and rights due to aggressive leaders in the biotech trade. The game is integrated with a unique aesthetic of “hacking transitions” that reveal narrative text built into the 3D metropolis itself in order to tell the story, so it’s a mishmash of film titling and comic-book influences.

Why do you think it won the Grand Prize?

TK: Oh gosh, there were so many great finalists, who all have such compelling and unique game designs, too! I’m honored to be in the same category as them. Solace State’s storyline is about various peoples experiencing an erosion of rights and recourse in society. These difficulties stem from leaders who are vying for power in a new biotech revolution, and this allegory reflects today’s social concerns. We also have a memorable visual presentation of our story by creating a stylized science fiction landscape and fashionable characters. Our fleshed-out narrative game mechanics allow ample moral choices for players to stew over and revel in the consequences. We think that you’ll like the culmination of all the choices you made, and some of the twists and turns of its diverse character cast. We also have some multimedia storytelling elements that we’re excited to share in the future! 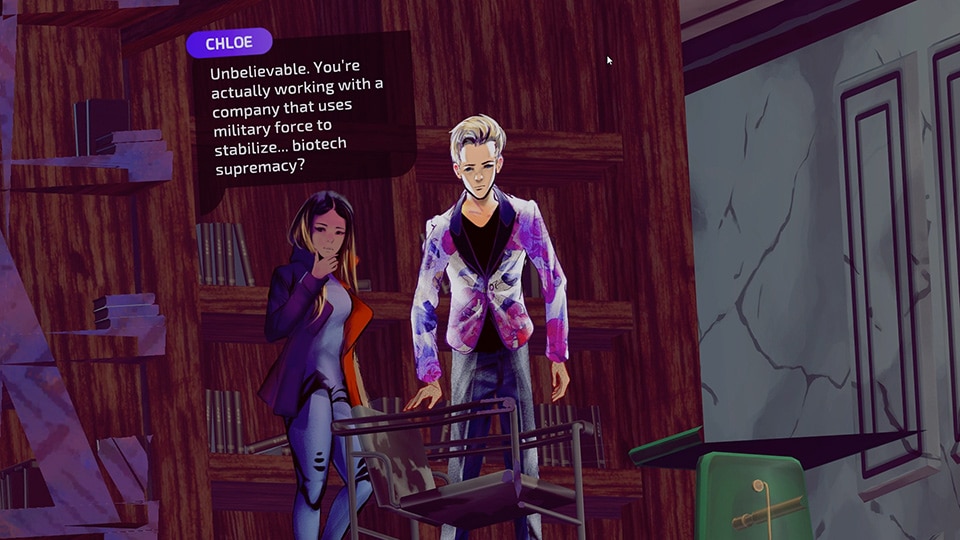 Why did you want to make a game like Solace State?

TK: I want to tell a story conveying the attempts to rediscover your identity and culture right in the midst of seismic political change. I have a political science background, but at heart I’m a storyteller fascinated with how communities draw together. I believe that many people will identify with this game’s narrative, charged as it is with stories of hope despite adversity, and inspired by my experience as an immigrant. Through our diverse characters, I hope to spark conversation about how difficult it is to keep up momentum advocating for rights in a city that doesn’t care for its people, and how necessary that work is. I started this project because I want to have the opportunity to challenge myself to learn and tell difficult stories, and to start a conversation, and I think a digital interactive medium is such an important storytelling tool to guide that open-ended discussion.

Vivid Foundry is a female-led studio, and Solace State has a very diverse development team. Why is that important for the studio and the game?

TK: I feel like Vivid Foundry’s story-driven games cannot be told without a diverse team. Furthermore, I believe that hiring and ensuring that a company respects diverse needs and abilities is imperative to begin to equalize systemic issues of access in a small way. Everyone’s different backgrounds synthesizing ideas together means that we get to learn outside of our own bias, engage each other with new perspectives, and bring about much stronger journeys and outcomes! We also learn from one another’s different cultural roots and backgrounds as we experience day-to-day challenges together and inspire each other. When we work on sociopolitical storytelling in Solace State, we bring in diverse consultants and colleagues to share insights into commonalities and cultural specificities of our civic roles.

The Ontario Ubisoft Indie Series presented by National Bank will begin again next year. Click here to find out how to apply.