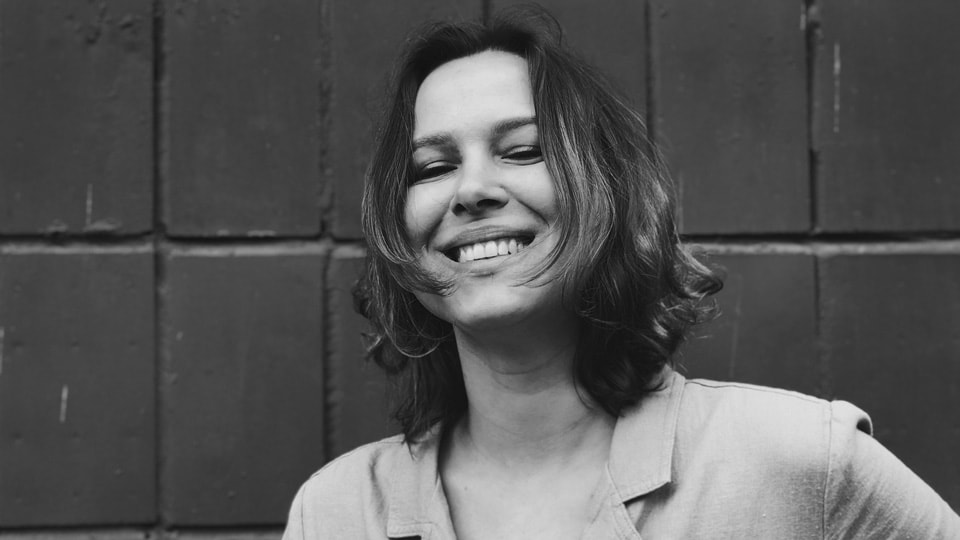 Some of Olga Makarenko's fondest memories are of the Slavic fairy tales and horror stories her grandmothers told her when she was a child. These familial tales sparked a lifelong passion for history and mythology. As the daughter of a career military man, Makarenko moved around quite a bit in her childhood, and found herself spending less time with children her own age, and more time seeking adventure at the library reading books, or within the virtual worlds of videogames.

Makarenko's career path was set in motion when her love of videogames combined with a fascination with human behavior, and the realization that game design could influence people in much the same way her favorite childhood books had. Today, Makarenko influences player decisions as a level designer at Ubisoft Kiev.

When did you realize you wanted to work in videogames, and why?

Olga Makarenko: I think I always wanted to, since childhood. When I would play games, I often thought about how to improve the game, how make it deeper and more interesting. I was interested in approaching game design from the point of view of human psychology, drawing the player in and directing their attention with the help of gaming mechanics. It's amazing to give the player a unique experience. From my point of view, videogames combine the best qualities of books and movies; through game design, the developer speaks to the player the same way writers and directors do.

When I first played Tomb Raider, I was incredibly inspired – the protagonist was a brave and strong female archaeologist who had a huge amount of knowledge. That game inspired me to study cultural anthropology at university, where. I was fascinated by the human need for escapism and videogames. I was very shy, and the virtual world seemed to me more attractive than the real one.

**What made you want to join Ubisoft? **

OM: I like Ubisoft projects, I like the approach to project development. I see in this company the opportunity to learn new things, and opportunities to apply the things I learn. I think Ubisoft is a good platform for professional growth and self-realization. Workflows at Ubisoft are well-built, and my transition from game design to level design has been seamless.

**What are some of your favorite games? **

OM: This is a very difficult question, because over time, my approach as a player has changed as I've evolved professionally. Obviously, I already mentioned Tomb Raider, but games like Wolfenstein 3D, Doom, Quake, and the Mortal Kombat series were also really formative for me. I spent a lot of time in Unreal Tournament and Counter-Strike as well. More recently, I've loved The Witcher 3: Wild Hunt, Assassin's Creed IV: Black Flag, Assassin's Creed Origins, Red Dead Redemption 2, and Sekiro: Shadows Die Twice.

What exactly does a level designer do? What is your favorite part of your job?

OM: In general, the level designer does everything related to working with the level editor tool set. This is mostly involves building the geometry of the game world, and building gameplay assets at locations. We also have to work closely with things like mission design, to ensure that we're working within our existing mechanics.

I find it difficult to select a favorite part, because I enjoy the process as a whole. It's like a game within a game – I combine existing tools to create something new, and each task is a new challenge. You need to remember many factors when creating a new game, like technical requirements, engine capabilities, mission duration, game mechanics, narrative plot, and player expectations. When everything is in one picture and conveys my idea, for me it's like solving a riddle.

What games do you admire for their level design?

OM: The first thing that comes to my mind is the original Doom. It gave the player a choice of paths they could take, and encouraged you to explore. As a child, it felt like the perfect game, and it influenced me very much. For multiplayer games, I really admire Counter-Strike and Overwatch's levels, because they're well-balanced. They allow players to execute a wide variety of strategies to their advantage, while also being suitable for players of different skill levels.

As a player, I'm attracted to horror games, because of how they play off our basic fears and perfectly direct human emotions. The level design they're able to use is really powerful: narrow corridors, tight spaces, etc.

What is something that most people outside of game development don't understand about working in videogames?

OM: The biggest mistake is thinking that developers always do what they want. Working in the gaming industry is like working anywhere else. There is a work plan to be followed in the process of creating a project, and there is a list of responsibilities to be performed. Sometimes you have to sacrifice your ideas, because at a given stage it is contrary to the general vision of the project. Sometimes there are tasks that do not require creativity, but they need to be done. In general, the picture is very different from how developers appear in the eyes of players. No one sits for a week, eating a pizza, and then says, "Oh, let's put the elephants in parachutes here."

What advice would you give to someone who wants to become a level designer?

OM: Read books about level design, create your levels, and do it again and again. There is a lot of literature about level design and game design out there; books are how we used to learn, and you should benefit from the experience of people that did it before you. Learn to use publicly available engines; there's a lot information online that will teach you how. Create levels for different mechanics and settings, and look for new ways to transfer ideas to the player. Let the level answer some questions for you. Is the player cold or hot? Lonely or scary? Meant to linger, or go quickly? If you feel stuck, look at your work from new angles, show it to other people, and collect feedback. Feedback is a very important part of working.

I highly recommend paying attention to movies as well – plot construction, frame building, and color schemes can all be learned outside of videogames.

What are your career goals? Where do you want to be in five years?

I like working as a level designer, and I plan to continue in this direction. I came to my current project midway through the process, so I'd love to experience the development of a Ubisoft game from the very beginning, ideally as a director next time.