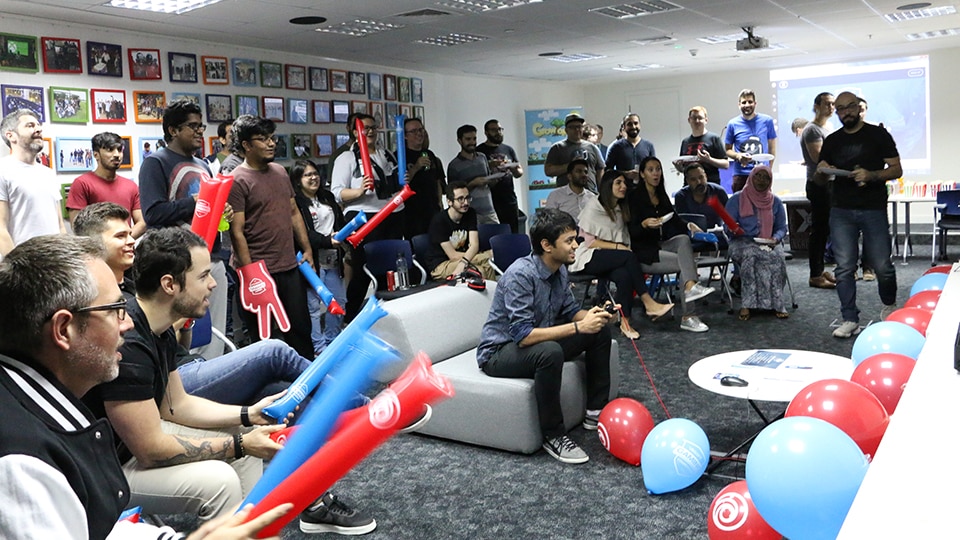 Ubisoft Abu Dhabi opened in 2011 under the leadership of Yannick Theler. The studio has worked on free-to-play mobile titles like CSI: Hidden Crimes and NCIS: Hidden Crimes, and took on the challenge of running the massively multiplayer game Growtopia after Ubisoft acquired the title in 2017.
To learn more about the origins and objectives of the studio, as well as their role in growing the videogame industry in the United Arab Emirates, we spoke with Theler about what he and his team have learned over the years. 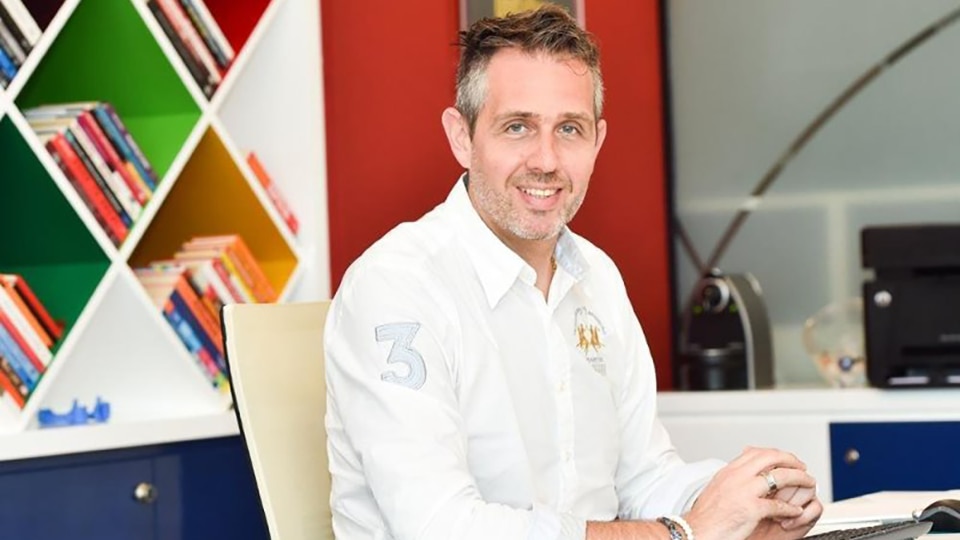 __What is your background, and how did you become managing director of Ubisoft Abu Dhabi? __

Yannick Theler: I started working at Ubisoft in Switzerland in the early 2000s, and moved to China in 2006 to develop our business there. At that time, it was a very closed market, so it was crucial to find solutions to help Ubisoft make some headway in the region. I was interested in helping to open a new studio if the opportunity arose, because I wanted to know more about the core business and how games are actually developed. That opportunity came in 2011 with Abu Dhabi, and I was thrilled to kick it off.

Why was Abu Dhabi chosen as a location to open a new studio?

YT: Around 2007 or 2008, Ubisoft conducted an in-depth analysis of the videogame market in the Middle East, and the figures showed that the population was relatively young, with 50% under 25 years old. Strategically, we wanted to have a presence there to help build an expertise and train the developers of the future.

At the same time, the government in the UEA initiated a business development plan allowing various industries, including entertainment, to benefit from a Free Trade Zone, which helped international companies do business in the region with more ease and convenience.

On a personal level, I was interested in the entrepreneurial aspect of going to work in a country where there were no existing studios and little videogame industry presence per se. Building a new studio from the ground up is something you only get to do once in your life!

What were some of the challenges you faced at the time?

YT: We arrived there with no network or contacts at all. We even had trouble finding an architect to design the building! Being on your own when you start something this big is very challenging; you have to build your teams and find contacts, and you have to learn more about the local workforce. Understanding the culture helps you find the right way to recruit people and conduct effective negotiations in the country. We also needed to decide what we would be working on.

On a more positive note, there was a lot of interest in the videogame industry in the region, which helped in the hiring process. We also benefitted from the fact that people already knew our games, such as Assassin’s Creed and Prince of Persia. 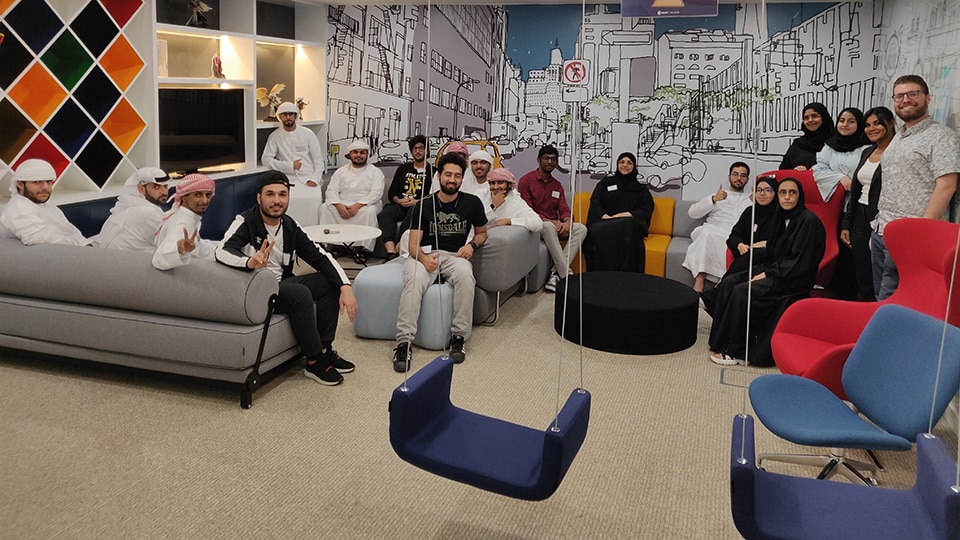 What were the objectives that you set out for Ubisoft Abu Dhabi when the studio first opened?

YT: After seeing the development of free-to-play online mobile games in China, I wanted to work on that type of game, because I knew it would soon influence the rest of the world. That being said, we didn’t have the necessary mobile expertise yet when we arrived in late 2011. But when Ubisoft Mobile got off the ground, following the growth of the sector that year, it was the perfect opportunity to start building a core team with expertise in the field.

Our main goals were, one, to see if we could grow a new studio and become sustainable after a few years. It was kind of a test. And two, to develop a game with a new team, people who’ve never worked together and maybe even never developed a mobile game before.

A lot of people who were there when Ubisoft Abu Dhabi opened its doors in May 2012 are still working in the studio now, and show the same level of motivation and dedication to developing great mobile games at Ubisoft.

Does the studio still face some challenges today around its location in UAE, particularly regarding some misconceptions about what it’s like to live and work there?

YT: It’s a lot better now than it was three or four years ago, when people were more worried about the geopolitical situation. The government managed to increase tourism by communicating about the region, as well as organizing different events, including concerts and F1 races.

Even though people are less reticent to make the move to Abu Dhabi, it remains challenging to recruit people from elsewhere, because the videogame industry is still not very big in the region. We need to convince them there are interesting positions and good prospects here. Last year, we hired 20 people from all over the world. Once people settle in, they love the family-friendly environment and the projects they can work on, and they get to enjoy the sun and warm weather! We don’t have a lot of turnover at the studio.

What do you like about living in Abu Dhabi?

YT: On the professional side, the opportunity to start a new studio has been extraordinary!

It’s also been amazing to see Abu Dhabi itself develop into a multicultural city over the past eight years. You meet people from everywhere all the time. My family loves it here. I have a five-year-old son, and it’s amazing to see him speaking English with friends who come from everywhere: Nigeria, US, England, Philippines. I love that.

What are some of the projects Ubisoft Abu Dhabi is working on now?

YT: We manage Growtopia on mobile as part of a team that has been working on the live game for the past three years. Growtopia has 250,000 daily active users, and is in a unique situation in that we’re largely independent on the game; the team in Abu Dhabi manages the online servers, the community management, and the customer support, with about 1,000 to 2,000 tickets every day. That expertise will be invaluable for the other games we launch.

Data analysis is also crucial for the mobile segment, to help us understand why features work or don’t work. For every monthly update of Growtopia, we get lots of feedback from the market. Our community team helps us to listen closely to the community, so we can be very reactive. Something else that makes the game a valuable source of experience is that there’s a production team that works to release monthly updates with new content. The game is constantly in production.
Ubisoft Pune has helped us port the game to HD in 2019, and has also developed new features, helping us accelerate the process of improving the game for players.

Our studio is also working on the development of a new mobile game, which will launch in the next two to three years. 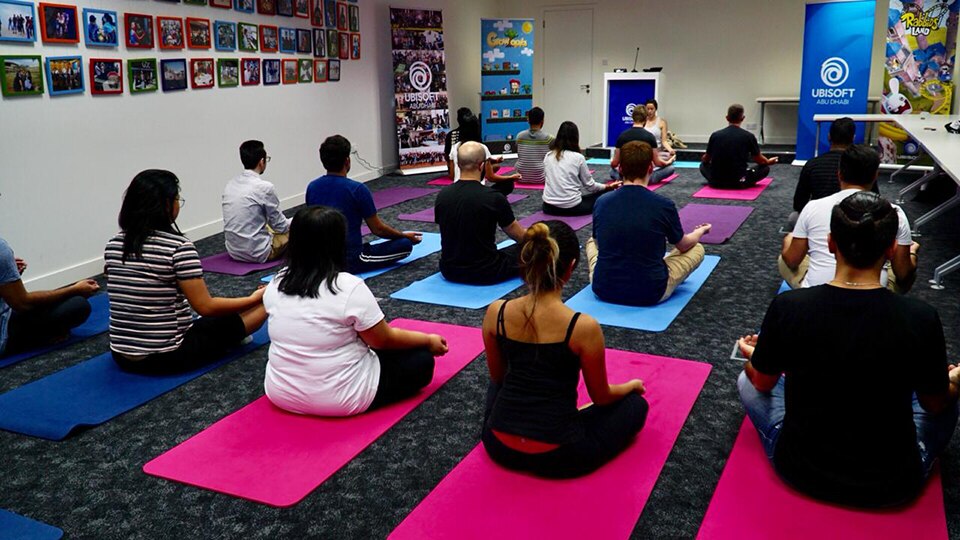 What are some of the lessons your team has learned over the years?

YT: If you want to be successful in the free-to-play space, you have to stay really focused. On Growtopia, we basically learned by doing, and we keep building our experience from CSI and NCIS to Growtopia, and on future projects.
For example, we took over Growtopia from teams that were based in Japan and Texas, and were able to cover the entire 24 hours of the day. We thought we could manage everything on our own, but the day ended earlier for us, and then we couldn’t react as quickly to server issues that affected American players. It means someone in Abu Dhabi had to get up at 2AM to go resolve the issue and talk to the players. It used to take a few hours to resolve things when they happened outside of our office hours, which wasn’t a good experience for players in different time zones, like America.

The solution we found was to have a small team in Montreal take over in the evening and ensure coverage in those hours. It allowed us to react quickly regardless of the time zone, and now we’ve stopped losing players in America. In fact, we’re increasing our numbers again. That was a big lesson for us.

What are your objectives for the future of the studio?

YT: From the start, we wanted to reach 100 team members. That’s why, for the next 10 years, we’re going to work with the government to support videogame schools and more programs in universities to help us recruit junior talent locally. We also want to support more startups and create a tech ecosystem. There are a few startups from Jordan and Turkey, mostly for card games, but it’s still a bit barren, so we’d like to see more companies gravitating around us.

If you were to imagine what the studio will be like in 10 years, what do you see?

YT: We obviously want to become a household name in mobile gaming. We’ve developed and consolidated our skills on Growtopia, and we’re excited to make the most of those skills on our next projects. The future looks bright!