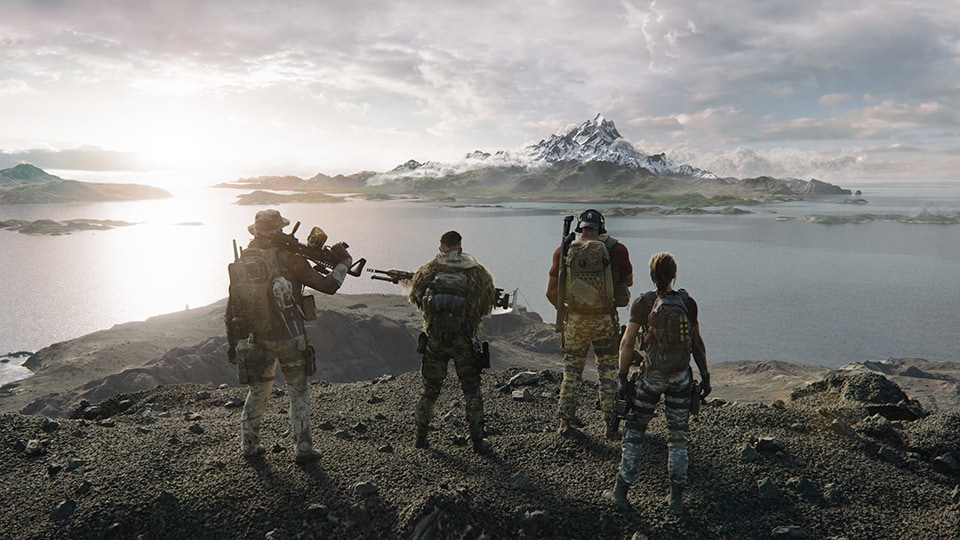 To kick-start the biggest week in gaming, tune in for the UbiE3 conference on June 10. First, if you're looking to score a free Uplay PC copy of Rayman Origins, be sure to check the Rayman 2 20th anniversary speedrun at 10:30AM PDT. The Pre-Show then gets the official party started at 12:00PM PDT, and this year's is not to be missed! It's bigger than ever, and will include updates on Steep, For Honor, Trials, and Assassin's Creed Odyssey, as well as some special surprises. Then, at 1:00PM, it's time for the main event! Expect the unexpected as developers from studios all over the world take the stage to unveil exciting new titles and updates to your favorite games, such as Ghost Recon Breakpoint, The Division 2, and For Honor. To finish it all off, the post-show will have some very special guests facing off in a Rainbow Six Siege Celebrity showmatch, more info to come soon!

Following Monday's conference, the party heads to the Los Angeles Convention Center from Tuesday through Thursday. Visitors will be able to get their hands on some of the newly unveiled titles, strike a pose for awesome photo ops, grab some swag from the Ubisoft Store, and watch live dev demos. On top of that, anyone playing one of the games at the booth will receive free in-game rewards, via Ubisoft Club, just be sure to grab your QR code before visiting.

If you can't make it to the show floor, you can still join in on the excitement as the ‘Ubisoft Live at E3' broadcast continues throughout the week. Starting each day at 11:00AM PDT, the streams will feature in-depth game walkthroughs, dev interviews, and showdown. Watch along for some Twitch Drops, and also be on the lookout for Fan Kits from Ubisoft Club, including awesome phone backgrounds and more.

The Club is also welcoming 50 Star Players from around the world to E3 to say thanks for all the time and passion they've poured into our gaming communities. Follow their journey on Twitter, or just ask Sam, your personal AI assistant is tagging along for the ride too!

Seems like everyone is getting excited for E3 and Yves Guillemot, co-founder & CEO of Ubisoft is no different! "The influence of gaming on entertainment and society continues to grow, and E3 is the perfect occasion to celebrate this wonderful culture and look enthusiastically towards the future," he said. "This year, the talented teams at Ubisoft have developed a diverse group of game worlds that offer players the freedom to express themselves, to learn and to grow. We can't wait to share them with you!"

Catch all the broadcasts on Ubisoft.com, Youtube, Twitch, and Mixer. For all the latest from E3, keep your eyes right here on Ubisoft News, and whether you're heading to the LACC or tuning in from home, join the conversation online using #UbiE3.