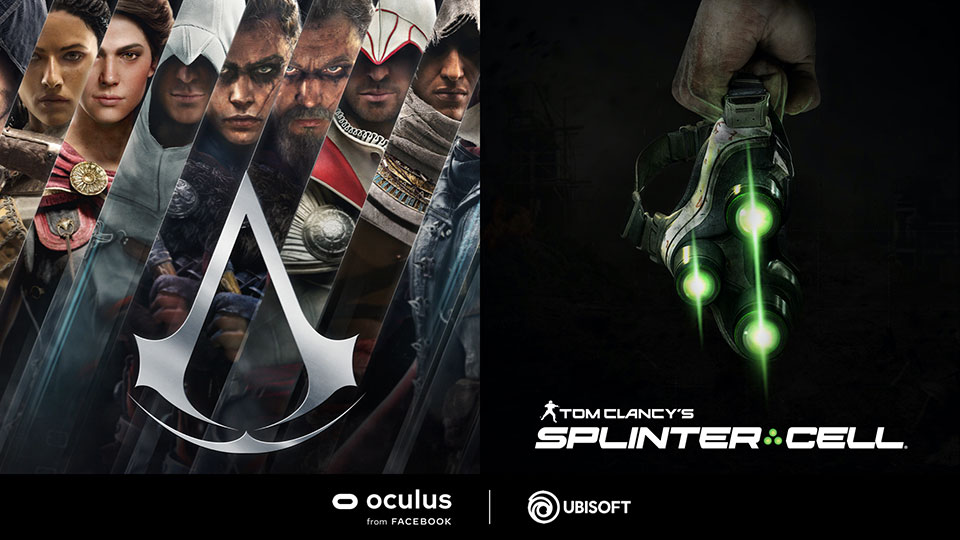 For the first time, Ubisoft is bringing two of their biggest franchises to VR with new chapters in both the Assassin’s Creed and Tom Clancy’s Splinter Cell series. Announced at the Oculus Connect virtual event, the two games will be launching exclusively on Oculus VR.

Both projects are being led by Ubisoft’s Red Storm Entertainment, known for their work on VR titles like Werewolves Within and Star Trek: Bridge Crew, as well as their pioneering work on the Tom Clancy series with such games as the original Rainbow Six and Ghost Recon. The two VR games are also being co-developed by Ubisoft Düsseldorf, Ubisoft Mumbai, and Ubisoft Reflections.

“We are always exploring new ways we can leverage technology to help us create memorable gaming experiences,” said Elizabeth Loverso, Vice President of Product Development, Ubisoft’s Red Storm Entertainment. “Oculus’s state-of-the-art hardware will enable us to bring the worlds of Assassin's Creed and Tom Clancy’s Splinter Cell to life for fans in a new way. These games will take full advantage of Oculus’s technology to deliver immersive, visceral experiences that players won’t be able to find anywhere else.”

Stay tuned to Ubisoft News for more news from both games in the future.